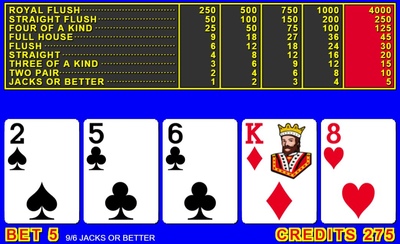 In video poker, one of the hardest concepts to grasp is that you aren’t always looking to make the play that wins most often. That’s right, this is not always going to be the best play for any game variant of video poker.

As a basic rule, you want to be looking to make plays that pay out the most money over a longer period of time. This means that the frequency of winning is less important than the profit made; so while you may win fewer hands, you will actually make more money.

It’s actually a huge money leak that many players don’t realise they have, and the way people play (incorrectly) actually increases the house edge. Video poker is renowned as having one of the lowest house edges of any casino game, but the number of people who fail to play with an optimal strategy actually makes it one of the best earners for online casinos.

A great example of this is the choice between holding a low pair or a flush draw. We’ve already looked at a similar situation with the high card to the low pair, finding that the low pair is always the best hand to take.

In short, you should always take the flush draw over the low pair, but let’s look at why this is.

Let’s assume that we have a board as follows:

This is the classic example of having a low pair with 4 cards to a flush draw, and is a tough spot for the player.

You see, one of the most crucial aspects of video poker is taking into account the pay tables. They range for each game, but for the most popular game of Jacks or Better it will look like this:

The key thing to note here is the 6 to1 price that we are getting with the flush. The most common hand that we might hit when initially holding 1 pair is 2 pair, followed by 3 of a kind, then 4 of a kind. The first two hands (two pair and 3 of a kind) are both beaten by the flush. The price is the key factor in our decision here.

Let’s assume that the board has run out as follows:

In Jacks or Better, we are looking at a return of 2.4 coins on the Queen of hearts (high card) and 5.7 on the 4-card flush draw. This high card actually brings winners 33.4% of the time, much higher than the 19.1% of the flush draw, but the huge difference in the average win makes the flush draw the best bet to take here, and by some distance as well.

This is a situation that rarely occurs, but it’s still interesting to run the numbers. Most people would automatically jump at the Royal Flush draw as they are so rare and you get so few chances to really chase it, but do the numbers stack up for long-term play?

Our hand is as follows:

It’s a bit of a dream board, but we still need some luck to take down a big pay day. We’ve an instant win with the pair of Jacks in there, and the average payout we would get from this playing Jacks or Better is that of 7.7 coins.

To take on the Royal Flush draw, we would need to get rid of the Jack of hearts and leave the remaining 4 cards. We would lose 24 from 47 possible draws here, but given that one of our potential winners could then be a Royal Flush, this skyrockets our average return of 92.7 coins.

Given that the Royal Flush pays so much higher than other results, this is always going to be the play here. The numbers involved are actually a worst-case scenario for the Royal Flush as lots of games also include progressive and traditional jackpots when you strike it lucky. This would increase the average pay out even more. 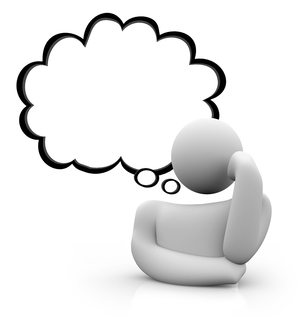 The key here, as it was with the high card v low pair article we wrote, is that you need to take into account the average return and not the frequency of the win.

Yes, it may be tempting to bag a win, especially if you’ve gone a few hands without one, but long term this will limit the amount of money you can win and increase the house edge in the game.

The flush is a powerful hand in video poker and one that is also obtainable and pays pretty well. With other variations of the game you’re going to be looking at adjusting these numbers to accommodate the various different payouts, but in each case, even though the numbers will be different, the play will still be to take the flush draw over the pair.