Roulette is one of the simplest casino games to learn. For each spin of the roulette wheel, your aim is to correctly guess the number that will come up, or predict the group of numbers to which that number belongs – such as odd/even, 1-18/19-36 and so on.

We’ll explain the different types of bets you can place in a minute, but first let’s take a look at the roulette wheel and the layout. 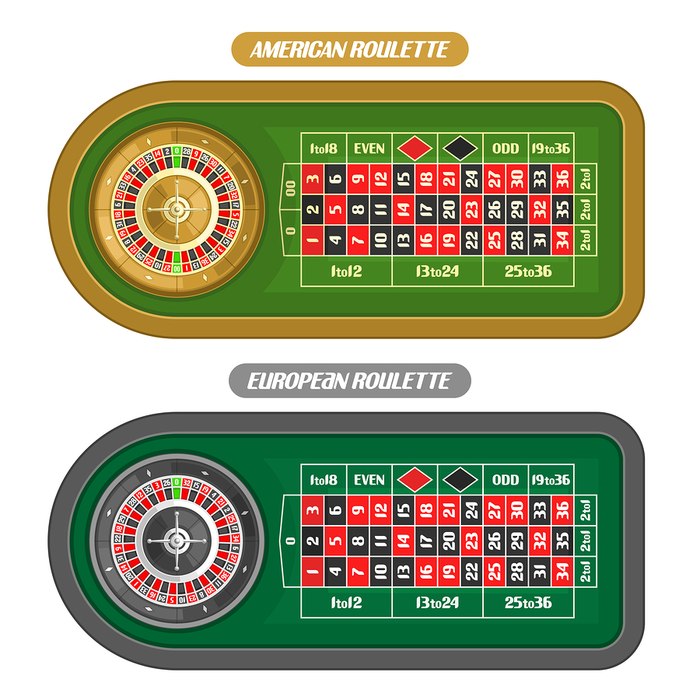 Each of the numbers from 1 to 36 are assigned a colour of either red or black, whilst the zero and double-zero are green.

When playing Roulette in a brick and mortar casino, bets are placed on a cloth covered betting area called the layout and, just like the roulette wheel, its pattern is standardized. Online casinos usually provide players with a graphical representation of this layout onto which virtual bets are placed.

The layout consists of two betting areas – the inside and the outside. The inside is divided into individual squares, each representing a number on the roulette wheel. On the inside you can place bets on specific numbers.

The outside is used to place group bets. So if you want to place a bet on black, odd or a column, you’ll be doing it on the outside of the layout.

Chip 2: Split Bet – Placing a chip on the line that separates two numbers is a split bet. If either of the numbers comes up, you win. Payout is 17 to 1.

Chip 3: Street Bet – Three numbers in a row. To place the bet, put the chip on the edge of the row on the line that separates the inside from the outside. Payout is 11 to 1.

Chip 4: Corner Bet – A bet that incorperates 4 numbers by placing the chip where the four corners intersect. Payout is 8 to 1.

Chip 6: Double Street – Six numbers over two rows, which is essentially two adjoining Street Bets. Place the chip in between the two street bets. Payout is 5 to 1.

Chip 2: Odd or Even – Whether the number will be odd or even. Zero is neither odd nor even. Pays even money (1:1).

In roulette, the En Prison and La Partage rules cut the house edge in half, but only for even money bets. The two rules vary slightly, but the general principle is the same:

En Prison Rule – Whenever the roulette wheel spins a zero, all losing even money bets (such as odd-even, black-red and so on) are held ‘en prison’ and carried over to the next spin. If the bet goes on to win, the players bet is returned in full. If it loses, the bet is considered lost.

La Partage Rule – Like the En Prison rule, the La Partage rule comes into effect when a zero is spun. The difference is that instead of carrying your bet over to the next spin, a sum equal to half the bet is returned. 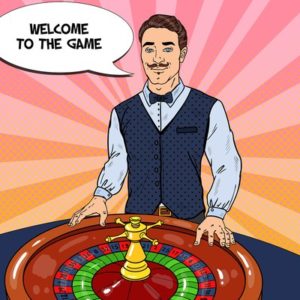 There are a number of roulette bets that have evolved which are placed by “announcing” the bet to the croupier. Usually, these involve on physical sections of the roulette wheel, although announced bets are also used to place other complicated bets.

The purpose of most called bets is to place a wager on a specific section of a roulette wheel. They are favoured by high rollers or players who think that they have identified an imbalance in the roulette wheel which would lead to a bias towards a specific number. In reality, such wheel biases are unlikely to occur in a modern casino and by definition they could not occur online.

Each of these wagers could actually be physically placed using inside bets, so think of them as short cuts. Many online casinos also offer ways to place these bets, although the method for placing the bet varies from casino to casino.

The bets are often collectively referred to as The French Bets and are normally placed in French or Single Zero Roulette. For this reason, all examples will use the French Roulette Wheel when referring to ordering and odds.

Quite simply, a series of 17 numbers around Zero made up of the section of the wheel between 22 and 25 (inclusive). The bet must be in a multiple of 9 chips and is made up of:

Neighbours is a term for a bet placed on a number, as well as the two numbers on either side of it. The bet is make up of 5 straight up bets, one on each number.

The orphans are the two sections of the roulette wheel inbetween the voisins du zéro and le tiers du cylindre. Or to put it another way, any number which is not included in the previous bets. There are 8 numbers in this bet: 17, 34, 6 and 1, 20, 14, 31, 9. The bet is placed as a multiple of 5 chips:

This bet is one for the high rollers and involves placing a wager (usually the maximum allowed, but not always) for all inside bets for a specific number. The actual bet will vary depending on what number is chosen and it’s position on the layout, but involves every Straight Up, Split, Corner, Street and Double Street bet which includes the chosen number.

So how do you place called or announced bets at an online casino? The method varies but it is generally one of two ways. Some casinos have a button for “call bets” – if you click it, it will bring up a menu with the bet options.

Other online casinos have an area of the layout onto which you can directly place French bets, just like the croupier would do for you at a land based casino. It will be similar to the picture above.