BetAt Casino aren’t a particularly well-known name in the online gambling industry, but thanks to a consistent and reliable service, they are starting to gain a lot of respect.

Head to the BetAt Casino website, and you’ll find a huge range of games to enjoy from a number of developers, alongside a stellar loyalty and promotions package and incredibly generous welcome bonuses. Add to this a glitch free website and it’s not hard to see why thousands of players join the casino each week.

In this post, we are going to give you an honest and impartial view on each aspect of the casino, covering everything from the games on offer, website usability, and even an overview of the company itself – so sit tight, and let’s get started.

BetAt Casino offer a huge selection of games, and whether you’re looking to enjoy a casual hour on the slots, sitting back and letting the games do the work; or you fancy an intense session on the Roulette table, you’ll find all types of game available at BetAt.

The casino offer games from a number of software providers, including NetEnt, WMS, Microgaming, Quickspin, Play ‘N’ Go, and Red Tiger Gaming; and all games have been designed and developed in instant play, meaning no software, plugins, or add-ons to install in order to play.

NetEnt’s range is available to enjoy in its entirety, and you’ll find titles including: Jungle Spirit: Call of the Wild, Gonzo’s Quest, Starburst, and more.

Microgaming fans can enjoy a full catalogue of games as well, with cult titles such as Immortal Romance, Dragonz, Thunderstruck II, and Game of Thrones 243 Ways to Win all available; along with some of the less well-known titles like Six Acrobats and Game of Thrones 15 Lines.

We would be here all day if we were to list all of the slots available; suffice to say there are over 500 to enjoy, so you can rest assured you will find a game for you.

There are also a huge range of table games to take advantage of, and whether you want to play Roulette or Blackjack, you’ll find over 50 different options to choose from – many of which come in multiple variations.

While BetAt do feature progressive jackpots, their selection in this category is a little underwhelming in all honesty, with only 30 games to choose from. This may sound like a lot, but when you compare it to the numbers offered by most other casinos today, it’s pretty low, so this is definitely an area that we feel BetAt could improve upon.

Nonetheless, you’ll find jackpots on offer from NetEnt and Microgaming (most notable are Mega Fortune and Mega Moolah respectively), and while the offerings are low, there are jackpots ranging into the million-pound range, so there’s still potential to win life changing sums of money. 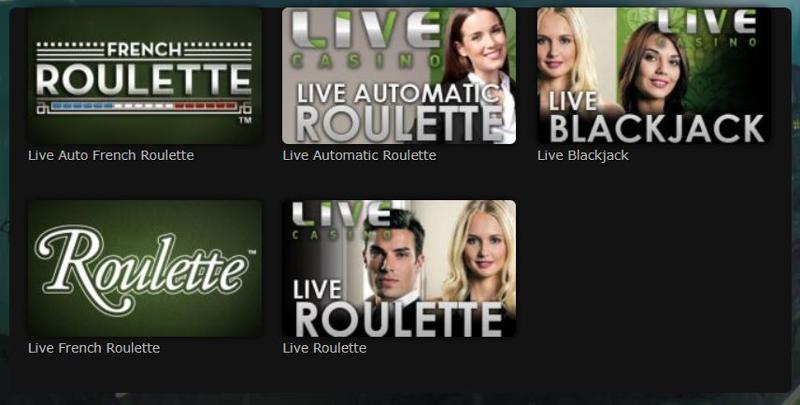 BetAt casino offer a live gaming experience powered by Evolution Gaming, one of the world’s leading and most respected live gaming providers.

Evolution Gaming run an in-house casino from their studio, and their games are used by some of the biggest casinos in the world. At the time of writing, they provide live gaming to over 450 different casinos, and this number is continually growing.

One of the main benefits of Evolution Gaming’s tables, is that the minimum bets are generally around £5, so you won’t be forced to play at higher stakes than you would find comfortable.

Plus, the tables are open 24 hours a day and 7 days a week, so you’ll never find yourself unable to play due to the dealers not being around.

While some players complain that the BetAt website is a little ‘in your face’, particularly in terms of the promotional banners which we agree are a little OTT; the site itself is reliable and, most importantly, secure. BetAt casino utilise some of the best security software around to ensure your personal details and sensitive information are safe at all times.

You’ll be able to join BetAt in under 2 minutes thanks to a simplified, cross device compatible sign-up form. Becoming a member doesn’t require any identity checks or anything like that, in fact, once you have started the sign-up procedure you will be able to start playing around 2 or 3 minutes later.

While we do feel BetAt could tone down the advertising (for their own promotions that is, not third-party adverts) the casino is still pretty fast, and you’ll rarely encounter pages that take time to load thanks to the casinos commitment to usability when creating the website. 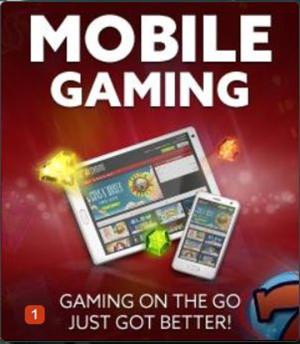 BetAt offer both a mobile app and a mobile website, which means that no matter what device you use, you can still enjoy gaming on the move.

The free downloadable app is available to iOS and Android players, and takes just a couple of seconds to set up. The app doesn’t offer too much in the way of extras when compared to the mobile website, but it does allow you to save your login credentials so that you don’t need to enter them each time you want to play.

If apps aren’t your thing, you can access the mobile optimised website through your devices browser. Head to the BetAt website as normal, and you’ll be re-directed automatically to the mobile version, which will render perfectly to fit your screen.

Almost all of the games are available to play through both the mobile app and mobile site, and aside from a few of the banking sections being unavailable the sites are practically identical, making for an easy and hassle free mobile gaming experience. 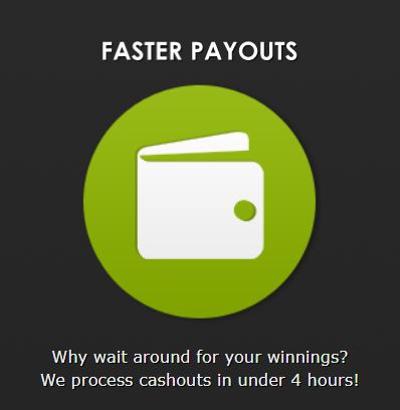 BetAt offer one of the most extensive ranges of payment methods we’ve seen, and this is especially odd given that the casino isn’t the biggest in the world.

Aside from Visa Debit/Electron and MasterCard, BetAt allow players to use a number of EWallets to fund their account as well, including Skrill, EcoPayz and Neteller.

You’ll also find ClickandBuy and a number of other voucher and prepaid schemes available, alongside the ability to make a Direct Bank Transfer. The latter, however, is subject to pre-agreed terms with the casino.

Withdrawals are processed pretty quickly at BetAt, with most players reporting withdrawals being processed in around 12 hours.

There aren’t any specific withdrawal limits, but players are limited to a maximum of 5 withdrawals in a 24-hour period. Any more withdrawals than this and a small fee may be charged.

BetAt casino is owned by NRR Entertainment Limited, which is a company based in Malta. Holding licenses from both the United Kingdom’s Gambling Commission and the Malta Gaming Authority, BetAt is able to offer its services to players in over 70 countries, and they have over 300,000 players registered at the site to date.

The casino has a stellar reputation and it’s relatively rare to hear of complaints; the only issue some players face is a lengthy verification process, but this can usually be avoided by ensuring all ID documents and proof of address scans are uploaded to your ‘My Account’ area before making a withdrawal request.

While the casino certainly has had some growing pains, overall, BetAt is a solid online casino, and it’s no surprise to see so many players making it their home for online gambling. Be sure to check it out for yourself, and you’ll see why it’s built itself such a strong reputation in a relatively short space of time.